Thousands of Presente members watched and shared our recent video exposing Duke Energy for polluting our communities, and hundreds like you, signed the petition demanding that Duke Energy switch to clean energy—like rooftop solar.

But instead of listening to the demands of consumers, they’ve launched a misinformation campaign on social media. They want to give the impression that they are great on solar and renewable energy when the truth is radically different.

We can’t let Duke Energy get away with twisting the facts.

The truth is that less than 0.1% of Duke Energy’s portfolio is solar—the majority of their energy still comes from toxic sources like coal, nuclear, and gas,1 which are linked to increased rates of asthma attacks and cancer.2

Meanwhile, Dirty Duke continues to play dirty tricks trying to influence elected leaders and regulators across the southeast to kill the use of solar panels on people’s homes.3 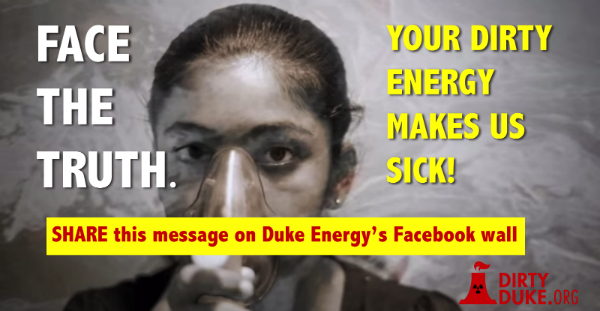 Thanks and ¡adelante!
Arturo, Erick, Erica, Refugio, Luis, Mariana and the rest of the Presente.org Team