Dirty Duke doesn’t want you to know what they do.

As you read this, Duke Energy—the largest electric power company in Florida—is deploying its powerful lobbyists to try to convince elected officials and regulators to roll back laws that help clean energy economies grow.1

Worse, Duke Energy is wreaking havoc in the Southeast. The company is responsible for pumping 35 million gallons of toxic chemicals known to cause developmental delays and permanent damage in infants along North Carolina’s Dan River.2

Dirty Duke’s path of pollution also spreads to Florida, where Tampa families who live close to the company’s Crystal River power plant3 are exposed to toxic gases from the Plant’s coal boilers known to trigger increased rates of asthma and neurological disorders.4

We need to expose Duke Energy for the polluters that they are! 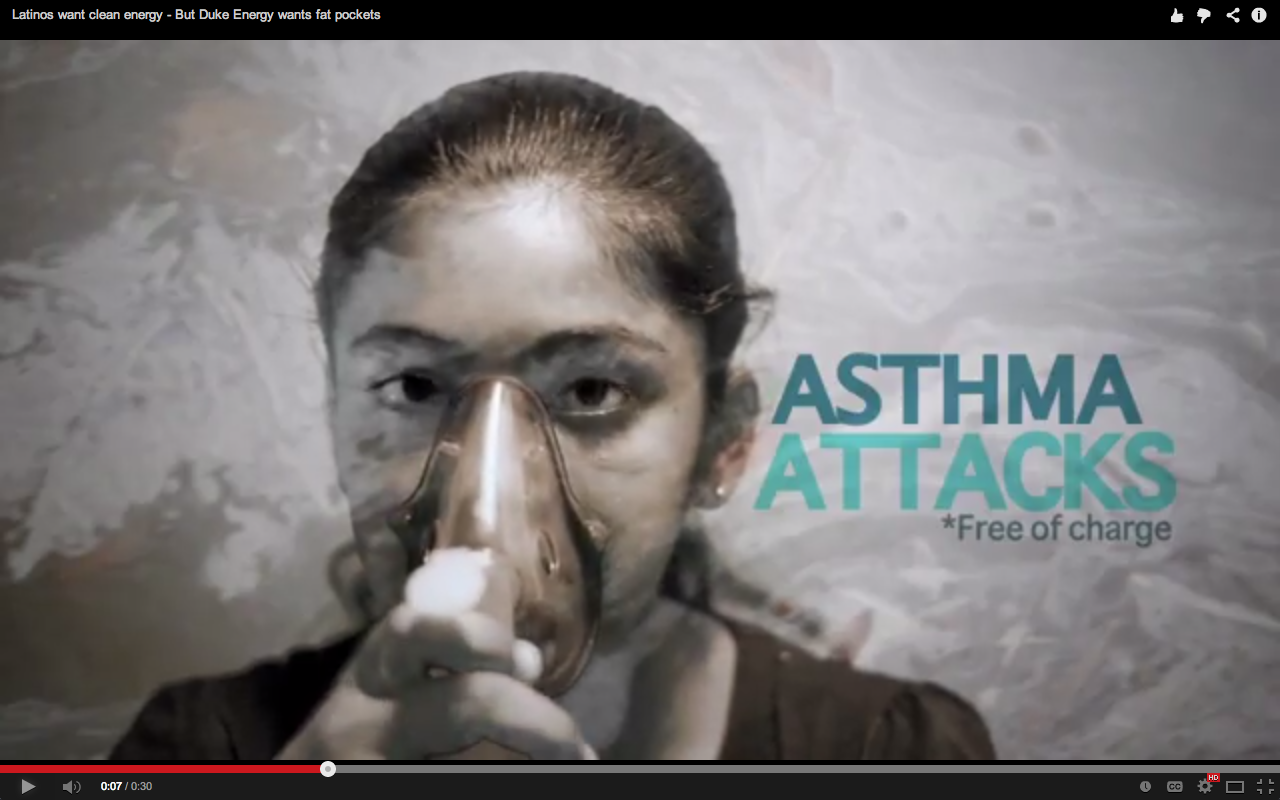 Thanks and ¡adelante!
Arturo, Roberto, Jesús, Erick, Erica, Refugio, Luis, Mariana and the rest of the Presente.org Team