We’re supposed to celebrate. But it’s going to be an awkward Thanksgiving.

It’s going to be a confusing family time for many Latinos, who will be spending this Thanksgiving thinking about more than just turkey and stuffing.

Last week when the President announced relief for about 4 of the 11 million undocumented immigrants living in the country, we were excited, we celebrated. We thought, “Finally! Mamá and papá will be able to apply for a work permit without being afraid of getting caught up in an ICE raid.” But then we were faced with a bitter reality — they would not be covered.1

The 7 million people left out are not just an abstract number. They’re our dads, our moms, our tíos and tías.

Thanksgiving dinner might be hard when you’re sitting across the table from a loved one who was left out of the President’s executive action. When the subject comes up, don’t drown your sorrows in a bottomless pitcher of gravy. We created a graphic to help you have that tricky conversation. 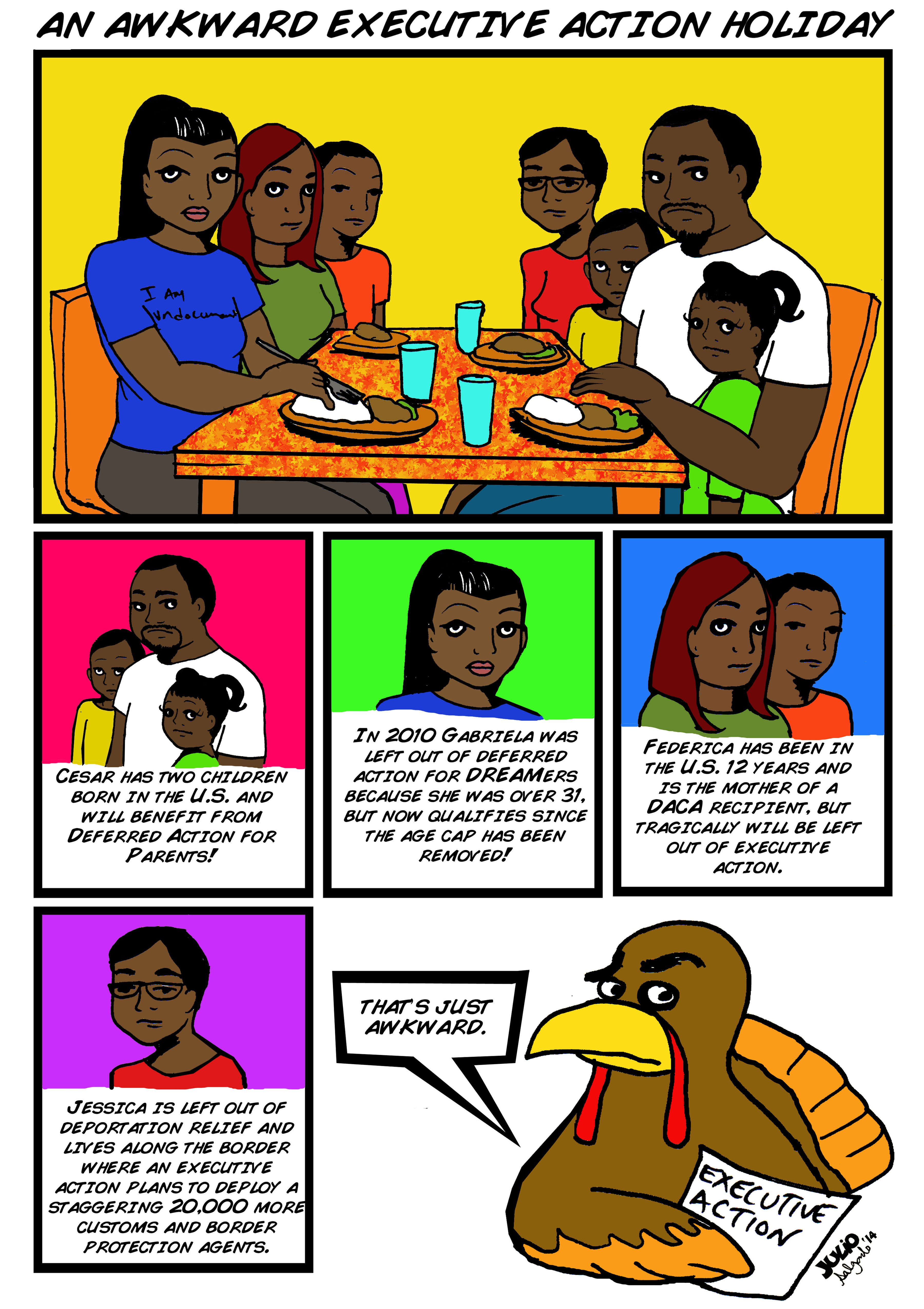 Here are a few suggestions about how to talk to your family at Thanksgiving dinner about executive action:

The way the media is mischaracterizing what happened last week, you’d think the President handed out U.S. birth certificates to all undocumented immigrants. But nothing could be farther from the truth. Here’s a rundown of some of the folks who lost out and who won’t be getting deportation relief:

And let us not forget that President Obama’s executive action only defers deportations for three years — it could be undone by a future President.2

We can’t allow the national conversation to be derailed by empty questions about whether or not the President should have exercised his executive authority. What everyone should be asking is: who are the people that got left out of executive action and what does that mean for keeping families together, especially on holidays like Thanksgiving?

Mariana, Arturo, Refugio, and the rest of the Presente.org Team